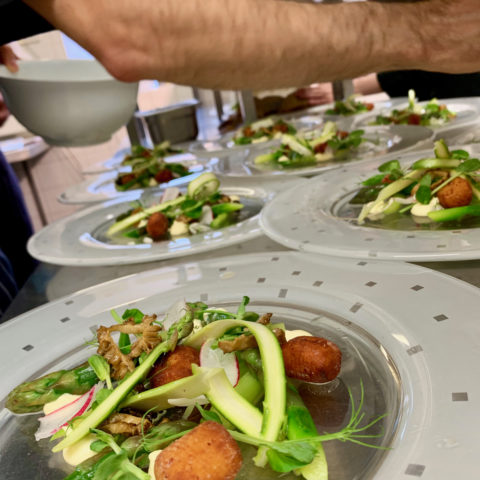 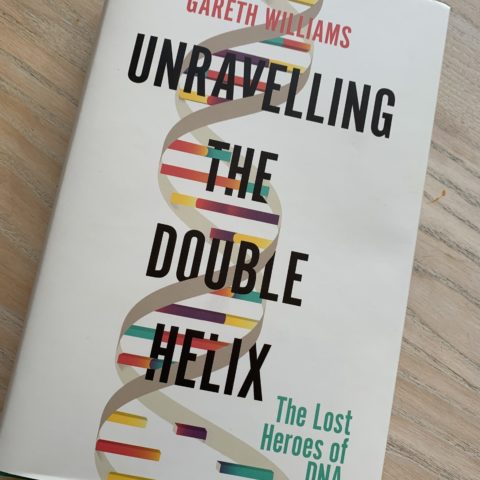 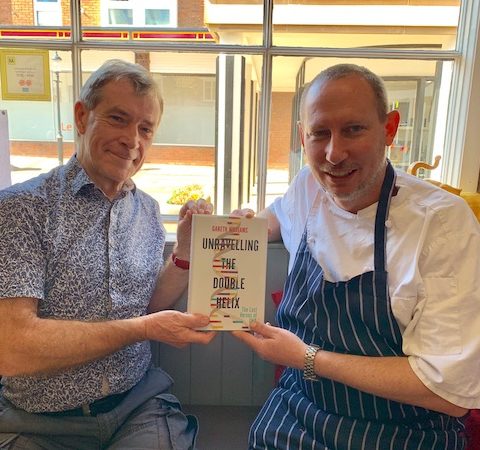 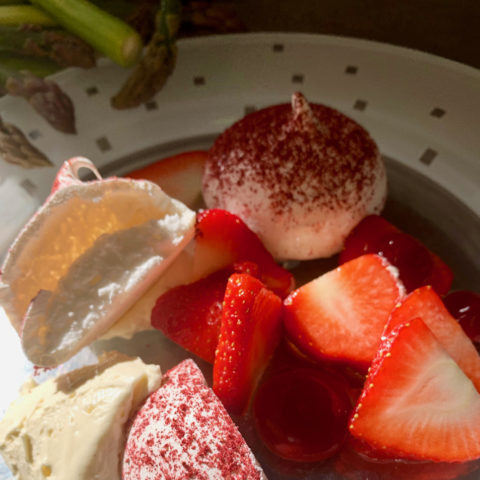 Join us for dinner on the 31st May and meet Gareth, who's launching his latest book, Unravelling the Double Helix.

I grew up in Belfast, where I was taught English (and given a love of writing) by the poet Michael Longley. I won an Open Scholarship to Clare College, Cambridge and qualified with Honours in Medicine and Pharmacology in 1977. After training in London and Geneva, I moved to Liverpool where I built up an internationally recognised research group in diabetes and obesity and became a Professor of Medicine.  During my research career, I produced 200 scientific papers and wrote or edited over 20 medical books, including the prize-winning Textbook of Diabetes.  I have an Honorary Doctorate from the University of Angers, for contributions to medical research and education.

From 2003-8, I was Dean of Medicine at the University of Bristol, where I still teach on the Medical Humanities and Medical courses.  I now write books for the general reader about the history of medicine and science. The first, the product of a sabbatical year in 2009, was Angel of Death: the story of smallpox(shortlisted for the Wellcome Medical Book Prize 2010).  This was followed by Paralysed with Fear: the story of polio(2013) and A Monstrous Commotion: the mysteries of Loch Ness(2015). My next book, Unravelling the Double Helix: the lost heroes of DNA, will be published in the UK by Weidenfeld & Nicolson in April 2019, and by Pegasus (USA) in the autumn.

I’ve served as President of the Anglo-French Medical Society, Vice-President of the European Society for Clinical Investigation, and Chair of the Trustees of the Edward Jenner Museum. I’m proud to be an Ambassador of the British Polio Fellowship, which supports those living with the legacy of this cruel disease. My main outside interests are music and natural history. I’m a keen flautist and saxophonist, playing in orchestras, a wind quintet and various jazz groups.

Angel of Death: the story of smallpox

‘Williams recounts the history of smallpox in a breezy, accessible style. And what a history it is.’

‘An engaging narrative ... medical history is interwoven with social history.’

‘Lively prose and unpatronising insight into past medical dilemmas.’

‘Williams writes with a great command of the English language ... an excellent holiday read.’

‘A meticulously researched story with pace and flair …  Both the history and the science are terrific.’

Paralysed with Fear: the story of polio

‘His splendid book, riverting from beginning to end, is a model of its kind … a consistently fascinating account.’

‘His book should be read by anyone interested in science, medicine and public health … An incredible story told by a great storyteller.’

‘A wonderful biography of polio.’

‘Strongest of all is Williams’ highly entertaining account of the poisonous rivalry between scientists … He reminds us that even medical heroes can be as jealous and petty as the rest of us.’

A Monstrous Commotion: the mysteries of Loch Ness

‘Lively and entertaining … Surely the best and sanest recent book on the Loch Ness Monster: readable, informative and fully referenced.’

‘Sheds intriguing light on the origins of our obsession ... Williams does a fine

revelation is a good one.’

‘Entertaining …  Gareth Williams is the first to present a non-partisan

illuminating perspective …  No one has written better about the great Nature

debacle, when that prestigious magazine lent its authority to a sensational

underwater photograph of the Monster.’

I’ve always enjoyed public speaking, whether in village halls, bookshops, summer schools for students or international conferences, or as Public Orator at Bristol University. Feedback indicates that audiences are happy to listen.

My books have taken me to Hay, Edinburgh, Buxton, Wigtown and other festivals, and to major historical and scientific meetings in the UK  and overseas. The latter have included two named lectures (Milroy and FitzPatrick) at the Royal College of Physicians in London; the Charter Lecture of the Royal Society of Biology; the British, Scottish and Welsh Societies for the History of Medicine; the Institute of Physics; and the prestigious lecture series at Gresham College (London) and Johns Hopkins (Baltimore).  Popular titles of talks include: ‘The man who changed the face of the world’, ‘Edward Jenner: saint or sinner?’, ‘The apprentice and his sorcerer: Edward Jenner and John Hunter’, ‘Vaccination: blessing and curse’, ‘Heroes and villains: the story of polio’ and ‘The Monster that never was – or was it?’

I’ve been interviewed many times about my books on radio, notably Radio 4’s Today and PMprogrammes. I’ve also appeared in, and acted as consultant for, several television programmes, including prime-time BBC documentaries: The Life of Mary Berry, The Battle against Polio(presented by Stephanie Flanders), The Georgians(with Lucy Worsley), and the award-winning Dr. Jenner’s Marvellous Medicine.  Currently, I’m working with Emmy award winner Rupert Barker (NBC) on Sir Peter’s Plesiosaur, a feature-length documentary about the hunt for the Loch Ness Monster.

Here are links to brief videos, in which I talk about two of my books:

Ultimate Valentines Experience!
A great meeting today with @joliesfleurs, we are working together to bring you the ultimate valentines package. Food, Cocktails, Flowers and free delivery, who's interested? More info to follow soon! ...

Share on FacebookShare on TwitterShare on Linked InShare by Email

Valentines Offer - Ronnies loves to keep things local, and support local business, so we have teamed up with Jolie Fleurs to bring you a Valentines offer.

Receive £15 off a Valentines bouquet from Jolie’s Fleurs when you order 2 of Ronnies Valentines Menus.

Order online at www.funkyfodder.uk, call us on 01454411137 or drop us an email at info@ronnies-restaurant.co.uk and we will contact you to organise an order.

T&C – You must order 2 of Ronnies Valentines Menus to receive the offer. Applicable to a minimum spend of £40 at Jolies Fleurs, flowers must be ordered before February 14th, the offer cannot be redeemed after this date.
All bouquets must be order directly with Jolies Fleurs ...

Share on FacebookShare on TwitterShare on Linked InShare by Email

The restaurant is closed on Monday and Tuesday, and Sunday Evening